Big companies are starting to get nervous about the job 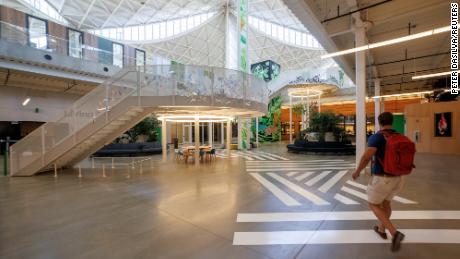 So it’s clear that companies across a wide range of industries are trying to figure out just how many workers they need at a time when there are growing concerns about the slowing economy. Recession fears may escalate after the Federal Reserve raises interest rates again next week in its continued fight to bring down inflation.

Goldman Sachs CEO David Solomon told CNN’s Poppy Harlow Wednesday that the company’s hiring is “not going to zero.” But he didn’t rule out changes to the investment banking giant’s job plans if market and economic conditions deteriorate.

“I can’t tell you what the world’s going to look like in six months. If the world looks more difficult, we’ll adjust accordingly. We always try to be extremely nimble in how we think about these things,” Solomon said.

There has been a steady rise of people who are out of work in recent weeks. The government reported Thursday that the number of people filing for initial unemployment benefits last week hit 251,000. While that figure is still low by historical standards, it is the highest level of first-time weekly jobless claims in eight months.

Still, some argue that there won’t be a massive wave in layoffs. For one, many companies are still citing labor shortages, especially in light of the ‘Great Resignation’ phenomenon. If the job market continues to hold up, that could minimize the economic fallout from a recession.

“There could be a slowdown or even a shallow and short recession. But we’re not seeing a protracted downturn that would inflict a lot of pain,” said Bruce Van Saun, CEO of regional banking giant Citizens Financial Group (CFG), in an interview with CNN Business after the company reported earnings earlier this week.

Van Saun said some types of companies might be more likely than others to pull back on hiring or cut jobs.

He noted that huge banks like Goldman Sachs are clearly being hit by “subdued” volume for deals as the stock market has cooled. And he pointed out that many tech companies may need to pull back on hiring after years of being in a “grow grow grow mode where you get talent wherever you can.”

Some economists don’t seem overly worried yet either.

“The labor market is softening, but the change is so far gradual,” said Bill Adams, chief economist for Comerica Bank, in a report Thursday. He noted that the tech, financial services and retail sectors are most likely to keep pulling back on hiring. But other parts of the economy remain strong.

“Job postings are still extremely high. Some employers have probably started slow-walking hiring decisions, but others who are more confident about their business’s prospects are still eager to fill open slots,” Adams wrote.

What is Artificial Intelligence? Guide to AI