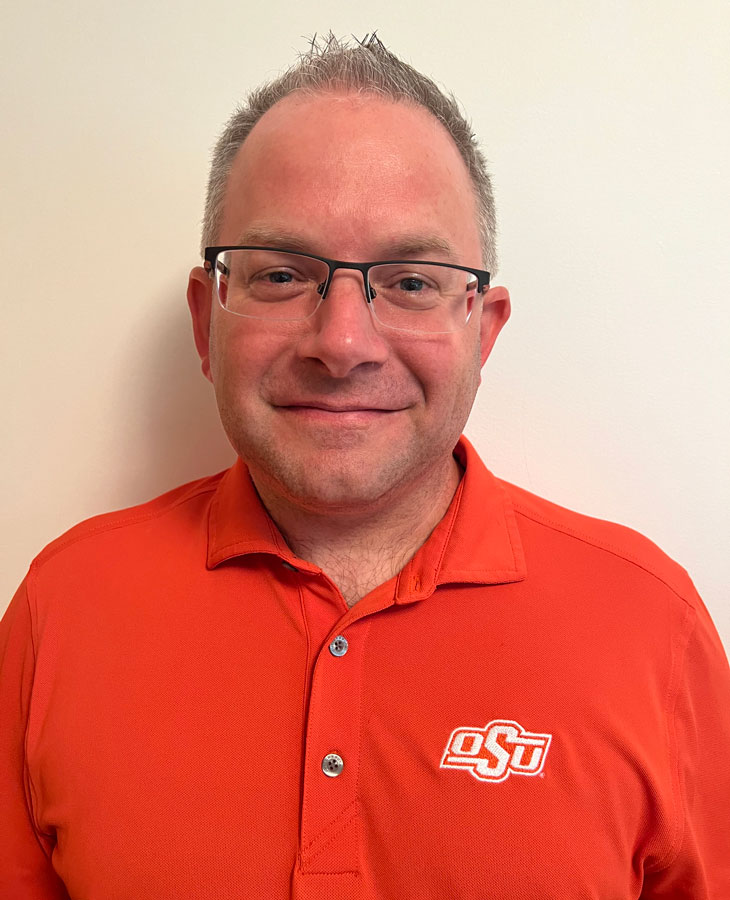 “People with my background don’t go to college.”

At least that’s what Rudy Hershberger thought. Hershberger grew up in an Amish community,
living without the use of technology, learning English as a second language and primarily
traveling by horse and buggy. He didn’t even have a social security number.

In that community, Hershberger received an eighth-grade education covering basic reading,
writing, arithmetic and spelling courses. He also learned German as his first language.
He finished school at 13 and thought he would spend the rest of his life with his
family on the farm.

However, as he neared the age of 18, curiosity crept in and he left the Amish community
to experience the outside world with plans to return to his family. This decision
meant very minimal interaction with his family, except for two older brothers who
had left prior to him.

“I was young and I wanted to experience what it’s like outside of the community,”
Hershberger said. “I was wondering what it would be like, and I thought ‘I’m just
going to do it.’ Growing up, I expected that to be my life, because that’s the world
I knew… And that’s what I expected for myself, but I was just going to leave for a
while.”

His goal was to go and see life outside of the world he knew for a year and a half
at most. So he did.

After experiencing a different way of life for a while, he ended up changing his mind.

“I decided, ‘I’m not going back. This is a much better life for me,’” Hershberger
said.

He had no safety net and had to learn to support himself, but he attributes who he
is today to those challenges.

“I’m kind of a competitive person,” Hershberger said. “I don’t like to fail. The last
thing I wanted to do is leave and then have to go back because I couldn’t make it
on my own.

“So it really taught me a lot of independence and resilience to make sure that you
have a plan and execute on that plan so that you don’t fail. There was only one option
if I couldn’t have made it on my own. And that’s one that I didn’t want to do.”

That option was going back to the Amish community.

To support himself, Hershberger began working on a construction crew and taking classes
to get his GED.

With dreams to see the country, he changed careers a couple of years later and became
a truck driver as a way to travel all over the United States. While driving, he finished
his GED program but felt something was still missing in his life.

Days spent on the road in his mid-20s involved listening to a lot of music on the
radio and using a lot of diesel fuel. During this time, Hurricane Katrina devastated
Louisiana, largely impacting refineries and the oil drilling business.

Hershberger would frequently tune into business news on satellite radio to hear the
latest on the oil and gas market to see how the world and himself would be impacted.

For him, CNBC and Bloomberg were more engaging and gave him something to think about.
He quickly became fascinated with business, economics, markets and finance — the missing
piece.

“I took some personality tests and everything seemed to point to that; that I might
be good at finance or accounting,” Hershberger said. “I started looking into it and
realized that finance could be it; the career I have been looking for.”

He enrolled at the Minnesota School of Business in 2006 and began taking classes from
his truck. He graduated in 2009 with an associate degree in business administration
and in 2013 with a bachelor’s degree in business management with an emphasis in finance.

As he completed his degrees, he was able to transition to a few different operations
positions at the trucking company he was working for, eventually becoming manager.
After graduating with his bachelor’s degree, he transitioned to his first finance
job. In May 2020, Hershberger joined the team at Entrust — a cybersecurity firm —
as a financial analyst.

“Rudy came on board a couple of years ago as the financial analyst for the marketing
division,” said Karen Kaukol, Entrust’s chief marketing officer. “Our forecasting
and budget management process at the time needed some work.

“Rudy really took the time to understand what we were trying to do, our processes
and why we operated the way we did and really proposed thoughtful solutions. That’s
how I knew he was different.”

Hershberger was in a good position. He worked at a job he loved, and his home life
was great, too, with his wife, Amy, and their two sons, Clay and Joshua. However,
Hershberger began to wonder what the next step was — he began researching MBA programs.

“I was looking through the U.S. News & World Report list of top online MBA programs
and I noticed Oklahoma State was No. 28 in the ranking and it also had one of the
most affordable tuitions,” Hershberger said.

He began researching Oklahoma State University. As an avid baseball fan, even subscribed
to ESPN+ so he could watch OSU baseball and softball in the postseason.

Ever since he was an undergrad, Hershberger had a dream of getting an MBA from a well-known
public university and the more research he did the more he wanted to be a part of
the Cowboy family.

Immediately, he called the admissions office to verify that he would be able to qualify
with his degree if he could get accepted — the answer was a resounding yes. During
that phone call, he was also encouraged to apply for the graduate management admissions
test (GMAT) waiver due to his background, undergrad GPA and work experience.

I went to a smaller, not well-known school for my undergrad. I always felt like that
was a limitation. And maybe it was more self-imposed, but I really feel like, with
an MBA from Oklahoma State University, I will no longer be at a disadvantage. I feel
like once I have that I can compete against the best … There are no limitations to
what I can do.

In May, Hershberger sent in his application along with a letter of recommendation
from Kaukol. In June, while watching OSU softball and baseball, he received a letter
that he was granted the GMAT waiver.

“And when I got that letter, I don’t think I’ll ever forget that moment,” Hershberger
said. “I was working from home that day. And the moment I read that, I jumped out
of my chair and just screamed.”

Later that month he received another letter letting him know he had been accepted
into the MBA program at the Spears School of Business to start in the fall semester.

“I’ll never forget when he told me his life story and then said that his big dream
was to go to get his master’s,” Kaukol said. “And, you know, he had some doubts over
whether or not he would be accepted. And we just talked. I had no doubt he would be
accepted. He’s an exceptional person. He’s humble, smart and makes a real contribution
with his work and thinking.”

Working full time while being a student is nothing new to Hershberger, and he is excited
to embark on this educational journey with the support of his friends and family.
He’s also looking forward to visiting Stillwater for America’s Greatest Homecoming
celebration, Cowboy baseball games and eventually walking across the stage at his
graduation.

“I went to a smaller, not well-known school for my undergrad. I always felt like that
was a limitation. And maybe it was more self-imposed, but I really feel like, with
an MBA from Oklahoma State University, I will no longer be at a disadvantage,” Hershberger
said. “I feel like once I have that I can compete against the best … There are no
limitations to what I can do.”

To Kaukol, Hershberger is someone who has a passion, fire and desire to be better
and excel. That is what separates people who make real change in the world, she said.

If Hershberger could chalk his whole experience up to one thing, it would be curiosity
because it allowed him to see himself in a whole new world.

“That’s really one of my reasons for wanting to get my MBA — I can inspire others.
To get them to get that curiosity for whatever it is,” Hershberger said. “That might
not be an MBA, it might not even be college. You know, the world is a huge place.
There are a lot of options out there. Go out and explore.

“Don’t let anybody tell you that the world you’re living in is all there is to life
because I definitely would never have gotten to college if I wasn’t curious.”